For the past years the growth hasn’t slowed down. Despite the economic turmoil that is expected to happen, Estonian founders will still open companies. This is due to the fact that starting and running a business is relatively cheap. Further, living costs increased (especially in Tallinn) but remained within the reasonable amount. This makes the life of a startupper quite bearable. Innovation and capital will be available whatever crisis might be happening. History shows - best companies are build in winter times. And winter in Estonia lasts forever!

"We need developers” . That’s the mantra that most companies sang for the past 2 years.

As the pain becomes stronger, the talent hunt will really ramp up in 2019.

On average, a tech company lacks 10 developers - that’s a 3x increase only for a few years. Take also Veriff - the company is looking to reach 140 people by Q1 2019 and that’s huge compared to 10 employees they had in 2017.  Estonia has to keep attracting foreigners, otherwise it will be very hard to sustain the growth.

On the governmental level, the pain is addressed and couple of initiatives started.

There is an expansion of Startup Visa and D type of visas which are designed for short work- related stays.

And despite the immigration quota, the hiring will increase, especially for highly skilled people, since they are exempted from the list. The numbers showed it as well. The ICT positions taken in 2017 numbered 263, and in 2018 there were already 455.

"We need a bit of money” - That’s right. Startup fundraising will continue strongly in 2019.

Last yeast, approximately €300M got poured into startups, which is a new track record. Most of the money went to the proven players though.

2019 will be the year for the new kids on the block - with Feelingstream and eAgronom leading their own new rounds. Just recently, Feelingstream received €400K , eAgronom - €1M, Katana - €1,5M and the cute coffee robot - Yanu (1M during ICO).

As startup numbers grow, capital firms started opening offices in Estonia. They do understand the need to be closer to the Nordics and Baltics. The funds originate in US, France and Japan mainly. Thus, new local players in the ecosystem such as Superangel will bring more investment prospects in 2019.

The big move here is perhaps the stepping down of Kaspar Korjus from e-Residency. The head of the program decided to give way to the new. Frankly, the decision was correct and will bring new ideas on the table how to move forward with the program.

As the new team and leadership is formed, the program values remain solid. In 2019, e-Residency will be dedicated on building more access for foreign companies to grow in Estonia. Moreover, making those companies successful is one thing that e-Residency is seeking. With the beta launch of the community platform, the gap in entrepreneurial knowledge closes, allowing residents access to structured content and guidelines.

And one more thing - Brexit is in full fiasco - This will further cause more citizens to apply for e-Residentship.

Only in 2018, Estonia issued over 900 crypto licenses. This makes Estonia one of the leading crypto friendly countries.

As mentioned above, the license procedure is developing, and with €15K fee, organisations can get both operational license in crypto and FIAT (comparing to Malta with €40K).

Thus, the process will be closely monitored by the Estonian Financial inspection. They also actively participated in the latest crypto law regulations which are not just “guidelines” but real efforts to make the system transparent and fair.

Despite the bear market, Blockchain development isn’t stopping. Hubs such as Blockhive are becoming more popular. Also, we expect that Blockchain funds are going to be more involved in the country by Q3 2019.

15 Startups to look after.

And finally, 2019 will be exciting year for all the ecosystem players. We, at DeltaHeroes will keep close eyes on startups. Do check them out, and if you want to learn more - contact us - info@deltaheroes.com !

- Inventory and work planning for Farmers.

- Knee injury prevention tracker. Team from Estonia, France and US

- Platform for Festivals to go mobile

- A better you - your personal AI

- Financial services on the Blockchain. 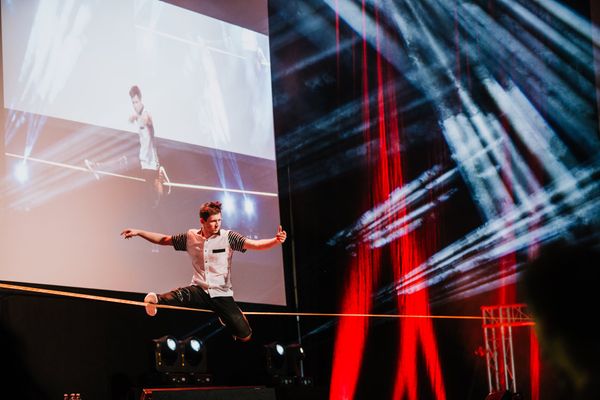 First waves for the new Baltic startups. Tartu It’s very hard to leave Tartu uninspired. The energy of the place and people are incredible. Apart from that, it’s the quality of

The growing popularity of Estonia's innovation scene has brought many businesses and investors, who are willing to discover new simple ways in doing business, managing and operating complex systems. In November, we were