Zelos team management app was chosen for the top prize of the Nordic Angel Program by EstBAN competition at Latitude59 tech conference 2019, that was being held in Tallinn on May 15th and 16th. Nordic Angel Program is  a business angel training and investment program led by startup  investors, where they invest into the startups chosen by themselves.

Johanna  has been coordinating volunteers at large festivals for over 15 years.  She can already boast an impressive list of clients, who are the largest  film festival in Estonia PÖFF or short for Black Nights Film Festival,  the biggest robotics festival in the world Robotex which is also being  held in Tallinn, and Viljandi Folk Music Festival, Latitude59 tech  conference and many others.

Johanna remembered how she was helping PÖFF film festival to build their community of volunteers:

“I  was impressed by how the team of volunteers was forming during the  festival: two desks became four, then it turned to twenty-four people at  the festival, and then fifty people were involved. The team grew by  itself and I was good at managing it; growing with the team was natural  to me.

Then  other teams started asking her for help with their events. This is when  she understood that she has to do something: “I got bored of things  I’ve been doing. This was the type of “let’s do something silly”  boredom. Hence the prototype was created, but we needed 24/7 support for  the website.”

As other events started approaching for help, startups followed. Johanna went to receive consulting in Storytek accelerator. “At Storytek, we got a mentor for the whole week. We sat  in front of three smart people from the industry and made them listen to  our stories. That was super valuable. The accelerator had a really free  atmosphere.”

The  product was ready on the first of October, with first test clients  on-board. “Then we were thinking about what’s wrong with this version,  and that was just 6 months ago. At the time, we were already working  with the Startup Wise Guys accelerator. Participation in the accelerators was a very valuable  experience. Startup Wise Guys just threw quality people at us. On the  second week into the program, the app was launched into the  stores” — Johanna adds.

But  also personal experience is important — it is your real life adventure,  so you can dive into the digital world by yourself. That is why  sometimes people with Harvard degrees can’t beat high school kids.

I don’t know how to complain

When  asked about the gender pay gap, Johanna replies: “I am always  privileged; I have higher education. I don’t work the type of jobs that  cause the pay gap. Not too young, not too old. Because I am the  privileged a***ole. I totally acknowledge that there are not many people  who are in prime spot of achieving something. If you have no education,  you end up in a job that doesn’t pay too well.” After a while she adds:  “I don’t know how to complain.”

“It’s  very hard to build a community in a sense of belonging and motivation  to be there. Tools for community building aren’t very strong. I know  that unpractical fluff around seems unnecessary but it’s not. On one  hand, it is too American; why do I need personal relationship with  people, if we are just here to work?! On the other hand, lack of  communication maybe just part of the Nordic nature; people aren’t very  approachable with volunteers. In Estonia, community is super  practical — one comes and then buggers off.

You  can work with 5 friends, but that’s it; it’s very hard for us Estonians  to work with more people. How do you make 500 people feel welcomed  personally? Since they might leave now if they don’t feel welcomed.  People — scary.”

“Ideally,  I’d like to see Zelos as a global platform. If you don’t know how it  works, you need to sign up on the platform and receive the working  format on how to engage people. It is no longer local — people don’t  even have to be in the same building with you any more.

For  example, you save sea turtles. You will find people who are interested  in helping you with saving the turtles. Or Estonian fans residing in  China or New Zealand — perhaps they want to do something in Estonia, or  participate in an Estonian culture event. They arrive to Estonia and  volunteer at twelve different places. For example, Vabatahtlike värav is an amazing organisation, however it operates only in the Estonian  language. They help with volunteering all around the world, like, for  example, in Canada.”

“People  like to try new things, like street cleaning for a day. They do it for  the experience. Just for a day, not being employed. Others want to know  what it’s like to sell pancakes at a children’s party. Our main message  is the same as always: engage your communities and don’t be afraid. You  might think that others just can be motivated with food and money. But  no, you don’t have to pay everyone. It is not working for free, it’s  working for a common goal — it’s easy to confuse the two terms. Engaging  the community is not the same as exploiting people. In part, the  confusion arises because after the USSR times ended, nobody wanted to  hear about working for free anymore.”

Johanna  gave another example of how Zelos app can be used: you are a producer  at a film company and you need to find three goats by the next morning’s  filming. Zelos app would help you with that — apparently, there are  more than enough farms around Tallinn. “Do it with the  community - that’s what we are here for” — adds Johanna . 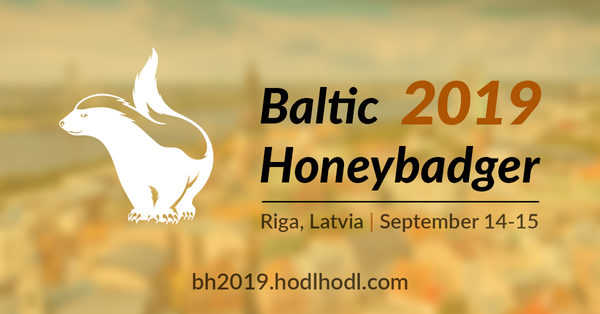 Riga. We visited last year’s Baltic Honey Badger Bitcoin conference and literally didn’t move from the chairs due to the impressive presentations. It was a good combination of tech and business 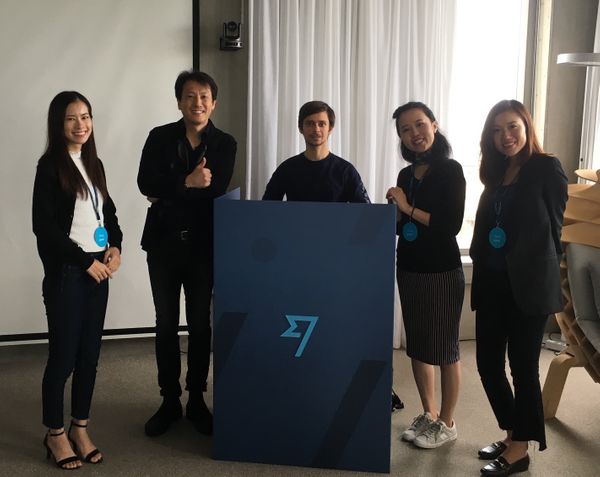 Estonia's Startup and Innovation Trends Blog
—
Interview with the winner of the Nordic Angel Program by EstBAN at Latitude59: Johanna-Mai Riismaa of Zelos app
Share this